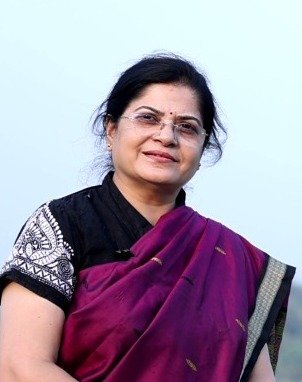 “Jugashree Juganari’ is one of the oldest and largely circulated  monthly women magazine of the state and also outside. It was started by Dr.  Radha Devi at Kolkata on dt. 2.10.1961 on the very birthday of M.K.Gandhi . Radha Devi was  founder member and president of  Zilla Nari Sangha. In her profession as Gynaecologist she came in contact with many distressed women and children and to  mitigate their owes she was determined to work for  women empowerment and their emancipation from wretched social and economic conditions of living . This motive as a sense of service prompted her to organise the women and fight for their rights, make them conscious of  their  privileges. And the monthly women magazine ‘ Jugashree Juganari’ she published became a media of consciousness and resucscitation and mouth piece of the women sector of the society .

Practically, she organised the block level women workshops on many issues  with high officials of dist. and state administration and gradually she became a popular women leader. She  represented various National and International Women Conferences from the state as well as  Centre .  Dr. Radha Devi was the wife of late  Dr. ShyamSundar Mohapatra M.L.A. and  M.P of  Lok Sabha and Rajya Sasbha and also the Gen. Secy. of  AICC .

Objective of Magazine-  This magazine is replete with various write-us which aim at strengthening  of women issues in society, such as- Sections like agriculture, education, health, self-employment, cooking skills(culinary arts) and beauty care  helps and enhances their knowledge in a big way . Essays, stories, poetry, folk-tales, autobiography etc. boost excellencies  and creative activities of women and helps proper utilisation of  leisure hours.  Jokes and colloquial writings refresh readers mind. Scientific topics and quiz helps their brain work and cognitive skills. Current news acquaint them  with up-date information of events. Vastu Shastra, Rasi Phala alert them to know their future . Important tourist places help to know the rich worth seeing places of our country. Brief notes of recently published books are also placed in it .  Stories relating to children, didactive  shlokas, folk -stories  help the  children of the society. Cinema and Sports stars’ biography help for entertainment. Besides eminent women sections of   glorious women like- Reba  Roy, Rama Devi, Kuntala kumari Sabat, Bidyut Prabha Devi etc,   and highlighting them by paying  tribute to these great women of past. All these bring out women- welfare of the society.

Programmes- Each year the magazine hold its Annual Function where literary personalities are felicitated in recognition of their contribution  in writing  story, poetry, essay, novel, and social service .

All these activities give are example   which give impetus to literary activities in Town Balasore which is the cultural capital of Odisha and birth place of  Fakir Mohan Senapati the saviour of  Odia Language and Literature.

Now Smt.  Mamata Mohapatra eldest daughters-in-law of Dr. Radha Devi  has taken the responsibility of the magazine as editor and her plausible attempt has raised the magazine to a pioneer magazine in the state.  She has brought many improvements in the magazine through her ceaseless effort as a result the demand of the magazine among the writers, subscribers and the readers has increased and has  encouraged the women writers . Her  noble aim is to raise   the standard and status  of the magazine for its bright future. Dozen of letters coming from the readers each month in favour of the magazine are the example of success of the magazine.